Nando Kwabena Nkrumah was born 1979 in Kumasi / Ghana. He is a Visual Artist based in Cologne / Germany operating in Ghana as well as Germany. Since a young age he enjoyed to draw and continued his artistic path with Street Art and Digital Media.
After studies in Industrial Design in Essen / Germany and Singapore he studied at the Academy of Media Arts in Cologne where he graduated with a series of paintings and drawings under the name Sankofiction, which transferred the story of Komfo Anokye and Yaa Asantewa into to the future. This Series of drawings and digital paintings gained international recognition, especially in Ghana.
Nando Nkrumah combines traditional visual languages from the Ashanti culture with futuristic spaces and modern technology to rebuild a community that has suffered exploitation through colonisation.
He describes the philosophy behind his artistic work as "Sankofa", a way of utilizing elements of the past to build up a positive future, which terminology derives from the Adinkra philosophy of Ghana.
His Afrofuturistic Art can be found within various media. Paintings, Animations and Sculptures are visual and tactile canvases that he uses to express his visions. In early 2019 he brought ot life the ARbotage as a way to transcend conservative institutions and hierarchies to manifest new perspectives within museums. This is an App that changes existing paintings within the walls of museums.
His art is an instrument to decolonize, deconstruct and re-construct.
In early 2020 he was invited by the Rautenstrauch-Joest-Museum (Cologne, Germany) to create an intervention in the space of the ethnological museum. With his paintings and light installation he has set up a space that brings voices, stories and portraits of the people who have often been exoticised, mistreated and objectified in the acts of colonization and looting of art. Redefining purposes of museums and curated spaces is a very imported aspect in his work, since this will spread into society and politics gradually. 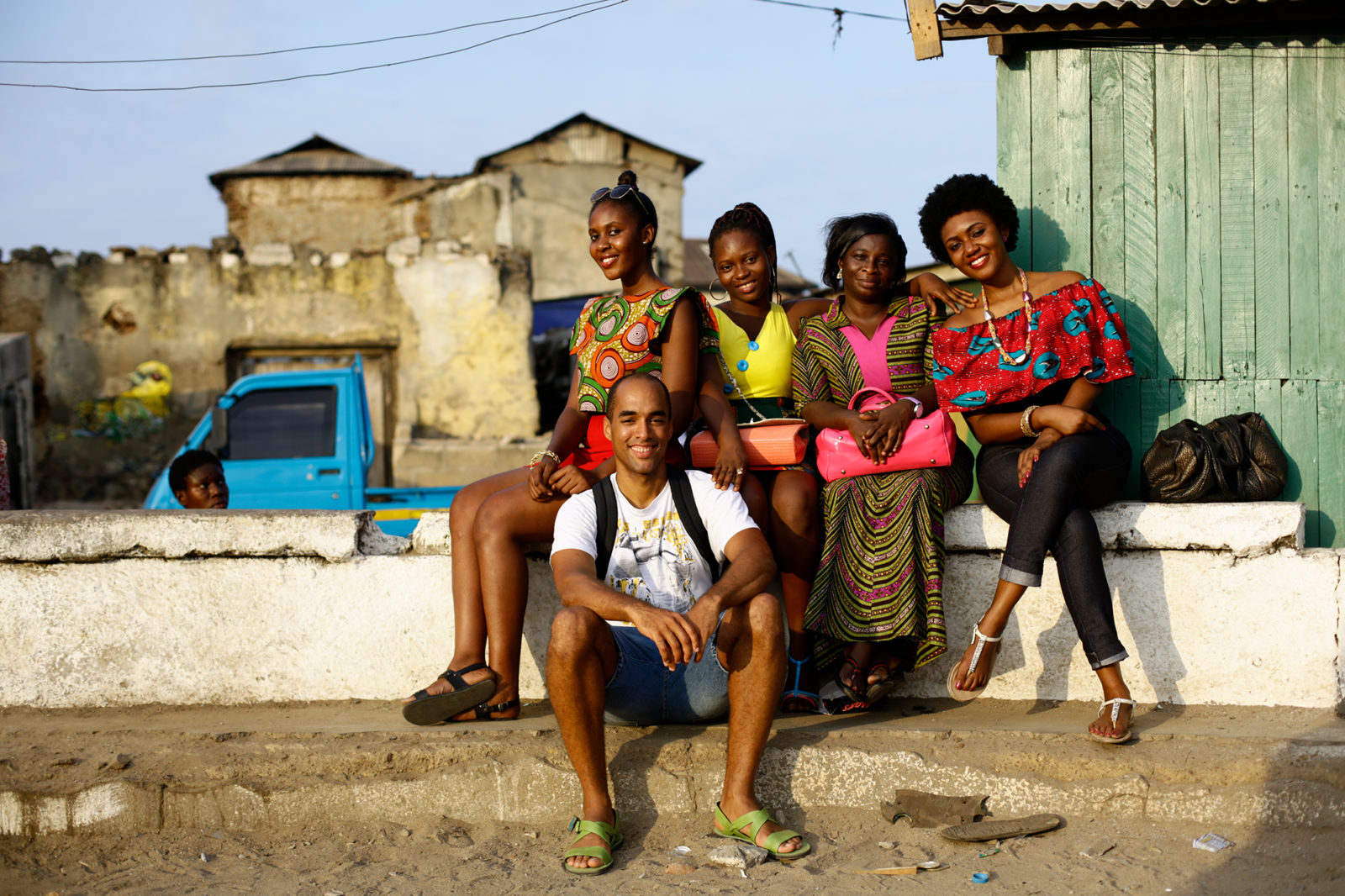 Nando K. Nkrumah with his cousins and friends at the Chale Wote Street Art Festival in Accra 2016.